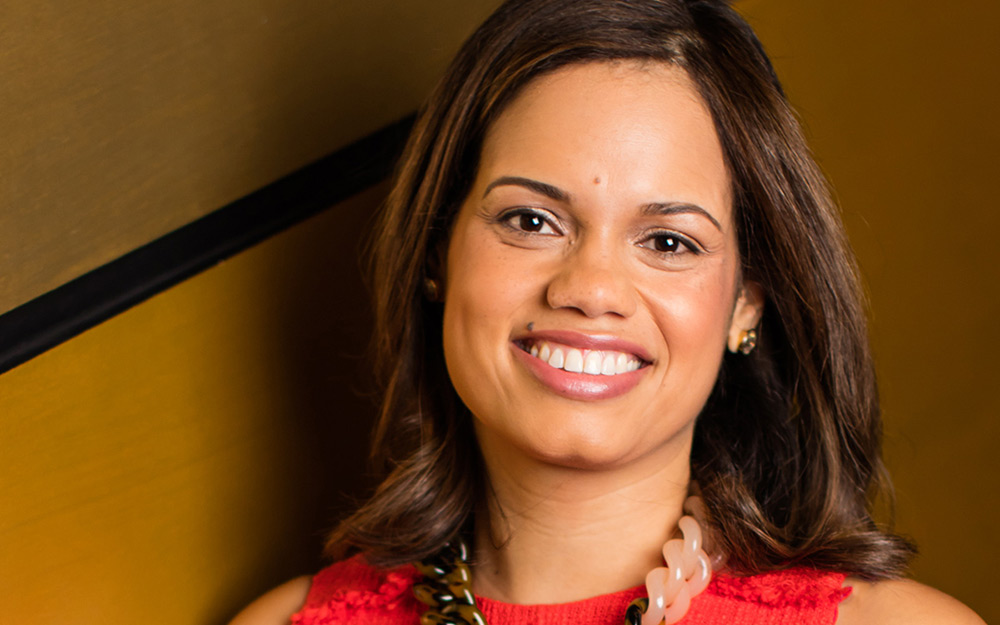 Wednesday, June 27, 2018: WASHINGTON, DC – It was announced last night that Kymber Lovett-Menkiti, Regional Director for the Maryland/DC region for Keller Williams Realty International, and President of Sales for The Menkiti Group and for Keller Williams Capital Properties (KWCP), has been named to the Washington Business Journal 2018 40 Under 40 list of honorees, a group of the greater Washington, DC region’s brightest and best young business leaders under age 40.

“I am thrilled and humbled to be recognized among an incredible group of business leaders in the Washington, DC region, and among standout women in particular,” said Lovett-Menkiti. “When I reflect on my journey to this point, I’m proud to say I have built my career in doing what I love most – in doing good while doing well, succeeding in business while serving the community. I’m fortunate to have many talented people around me that challenge and inspire me each day to transforming lives, careers, and communities through real estate,” she added.

Since the founding of The Menkiti Group in 2004, and subsequent founding of KWCP in 2006, Kymber has demonstrated outstanding performance as a sales driver for the two companies and helped to generate significant revenue growth. Both entities have been consistently recognized on the INC. 500/5000 list of fastest-growing privately-held companies for a collective 14 times and have also been recognized by the Initiative for a Competitive Inner City as fastest growing inner-city businesses in the United States for a combined seven times.

In January 2018, Kymber accepted the role of Regional Director for the Maryland/District of Columbia Region of KWRI, directing growth for 19 Market Center offices, with close to 5,000 real estate professionals, and is the first African American woman to hold as high a position in the company. Washingtonian Magazine has named Kymber a Top Real Estate Agent multiple years, and in 2015, she was recognized by Washington SmartCEO as a 2015 Brava award winner for distinguished achievement as a member of Greater Washington’s top women business leaders.

Kymber is a charter member and Board Chair of the CPMG Foundation, a joint project of The Menkiti Group and Keller Williams Capital Properties created to support the housing, education, and entrepreneurship needs in the DC Metro area, Kymber is also a founding member of the board for DC WISE, (Women in Solidarity for Empowerment), a Washington, DC non-profit organization established to support organizations that serve women and children. To date, the organization has contributed more than $650,000 to the communities in which it serves.

Stay in the loop. Get the KWCP Newsletter